Micro-X Ltd is pleased to announce that today it has signed its first contract for sales of Micro-X’s second product, the Rover. 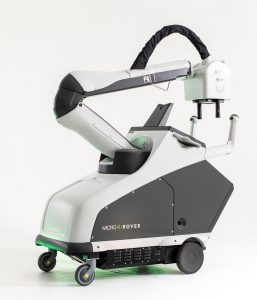 Since FDA clearance on 20 July 2020, Micro-X has been focussing most of its sales efforts on securing Rover business with its target military customers in the Australian, US and UK armed forces. In addition, the Micro-X sales team has been exploring other deployable applications where the rugged and independent operational capabilities of the Rover offer practical customer benefits. This agreement for sales of Rover units totalling $1.4 million has been enabled by the World Health Organisation and demonstrates the attractiveness of Rover’s flexibility and extreme mobility across a broad range of operational scenarios. Deliveries, via an in-country agent, are destined for the Governments of a number of Pacific Island nations and are due to be made from Adelaide in the next 4 weeks.

This marks a first success for the Company’s new direct marketing strategy for Rover which enables the Company to move up the value-chain compared to our earlier OEM business model.

Background on the Rover mobile X-ray

The need for a full-performance, digital, mobile medical x-ray imager, ruggedised and light enough to be used in deployed or temporary medical facilities was first identified to the Company by the Australian Army. The ‘Rover’ product was subsequently developed under a contract from the Australian Department of Defence which proved that Micro-X’s technology could fulfil this operational requirement. The Rover’s design incorporates the core elements of Micro-X’s first bedside imaging product and has attracted acclaim for the focus on rugged construction, operator workflow features, manoeuvrability, long-life battery operation and other specialised features for robust mobility on uneven and temporary surfaces.