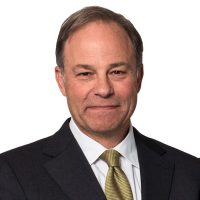 David is a highly experienced and respected business leader with senior leadership, engineering and public markets expertise gained in multi-national, domestic and Commonwealth companies. Most recently David held the position of MD and CEO of Australian Naval Infrastructure, a Government Business Enterprise responsible for the delivery of naval infrastructure required to support the Commonwealth’s continuous shipbuilding programme.

Previously David was MD & CEO of Santos from March 2008 through until his retirement in December 2015, successfully leading the delivery of the $16.1b GLNG project and as a partner in the Exxon led $16b PNG LNG project. Prior to this he was MD for BP Developments in Australasia based in Perth from 2003 to 2007, having also worked for BP in Pakistan as Business Unit Leader and in London as Director Capital Productivity. He has also held senior management and engineering positions at ARCO in the UK and USA and Shell in Scotland, Norway and the Netherlands.